The Art of the Run-Pass Option 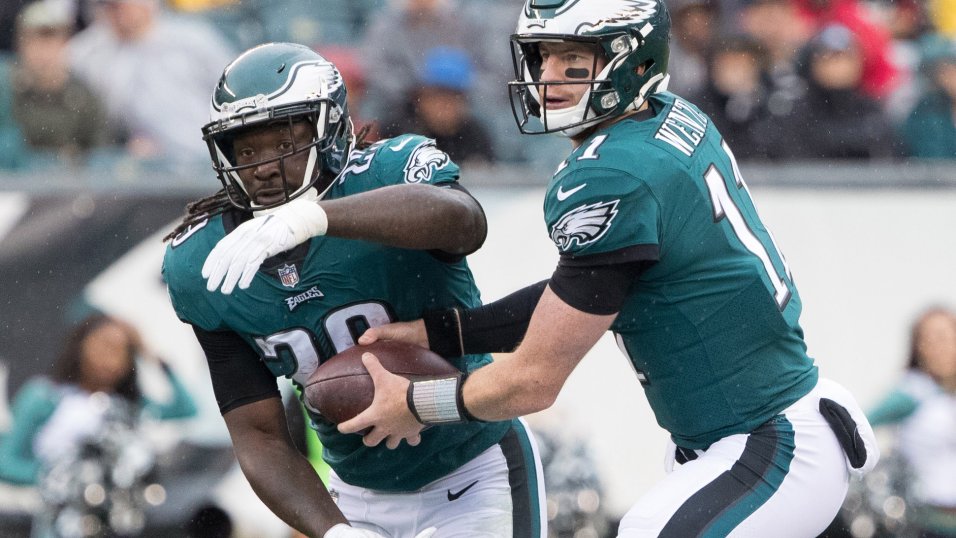 The Art of the RPO

Is it a run?  Is it a pass?  Surprise!  It can be either one!  In recent years, the run-pass option (RPO) has taken the football world by storm.  The RPO offers the best of both worlds based on the actions of one key player.  What does this mean?  In order to decide whether to keep or give the ball, the quarterback will typically be reading the movements of either a defensive lineman, linebacker, or safety.

How does it work?

RPOs are fairly simple to run. The movement of a key player (read-key) dictates whether the play is a run or a pass.  For example, If this key player moves back from the line of scrimmage (LOS) or even stays put, the quarterback will often hand the ball off for a running play.  The reason for this is simple.  If the read-key backs off the LOS, that leaves more room for the running back to take the handoff.  On the other hand, if the read-key decides to come down and attack the box, that leaves an opening in the field for the quarterback to hit one of his receivers!  In short, take what the defense gives you!

There are a couple of different kinds of RPOs, the most simple being “Number-Based.”  Believe it or not, this works exactly how it sounds.  The quarterback makes a pre-snap decision based simply on the number of players that are in the box.  For example, if a play that can handle six defenders in the box is called, the quarterback should hand the ball off if there are six or fewer defenders showing in the box.  If there are seven or more players in the box, the quarterback should look to throw the ball.  Once again, this is all decided pre-snap and should serve as a simple quick-hitter.

When it comes to leverage-based RPOs, the quarterback is going to look at the pre-snap alignment of the defense and compare that to the route that each receiver is called to run.  Separate from the number-based RPO, the decision of who to throw the ball to (or hand it off) is made post-snap as opposed to making your decision pre-snap!  If you’re able to out-flank the defender, let it fly and watch your receiver run!

Similar to the leverage-based RPOs, the quarterback will make his read after the ball is snapped.  The main difference is that based on the movement of the key defender, it will be either a run or a pass. Take a quick glance at the picture above as it breaks down how this really works. In many cases, it is possible to combine a pre-snap leverage-based RPO with a post-snap movement-based RPO.

Former Eagles and current Jaguars head coach, Doug Pederson, is one of the first coaches to bring the RPO-style offense into the National Football League.  Not only was Pederson one of the first to implement the RPO system into his offense, but he absolutely lit the league up with it.  In 2018, Pederson sat down with NFL analysts Ron Jaworski and Brian Baldinger to break down the ins and outs of the RPO.  The main takeaway from the video was how seemingly simple the RPO is to execute!  The link to the full video will be provided at the bottom of the page.

Complexity in the Simplicity

Okay, so if the RPO is supposedly so simple, why do teams have so much trouble defending it?  Simply put, creating unique formations and having different tags off of each play goes a very long way.  Coach Pederson (2018) elaborates more on this topic in the video, but in short, it is imperative to run different plays while presenting the same look to the defense.  Doing this destroys the defense’s ability to develop tendencies when it comes to recognizing formations.  In other words, using different concepts and formations will force the defense to stay on their toes and react on the fly, which can ultimately lead to more mistakes on their part!

What is the moral of the story?  Take advantage of what the defense gives you. The RPO has countless benefits as it is constantly keeping the defense guessing! These quick-hitting run-pass options are sure to drive a defense coordinator crazy! The link to Doug Pederson’s sit-down with Jaworski and Baldinger (2018) is linked below; I highly recommend you watch it as it gives a tremendous breakdown of the basics of the RPO.

One response to “The Art of the Run-Pass Option ”