What Makes a Screen Pass Successful? 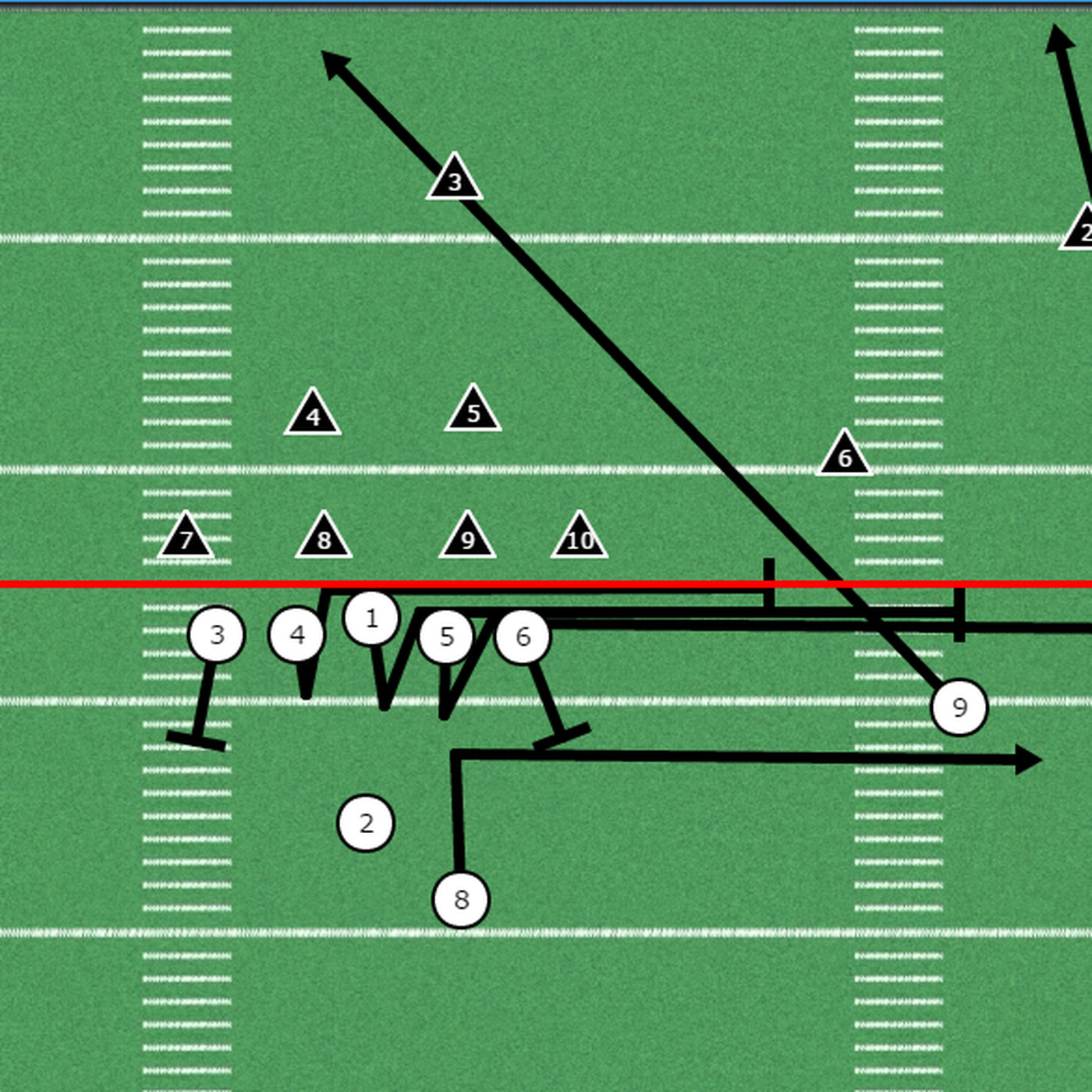 What Makes a Screen Pass Successful?

The screen pass- also known as the ultimate tendency-breaker.  What is it?  The dictionary definition describes a short forward pass to a receiver with blockers in front of him.  The receiver of the ball can be a wide receiver, running back, or tight end.  Heck, even a tackle can catch a screen pass now and then! The big men are athletes too!

What is the Purpose?

When it comes down to it, a screen pass is a tendency breaker that looks to catch the defense off-guard.  It is a play designed to look like a downfield pass to invite the defensive personnel up the field in a pass-rush mode.  The offensive linemen then release and get downfield to block as the ball is thrown to a skill player behind the line of scrimmage.  The key to this play is patience and a bit of good acting.  If you are not able to sell the downfield pass and invite that aggressive pass-rush by the defensive line, the play will more often than not be unsuccessful.

When is it Most Beneficial?

A screen is typically used in passing situations (3rd & long) when the defense is pinning their ears back and ready to attack.  Calling a screen pass when a defense is blitzing or bringing pressure is oftentimes beneficial as there will be fewer guys to block downfield for the ball carrier.  Aside from this, and more importantly, it will make that opposing defensive coordinator second guess himself the next time he is tempted to dial up a blitz or send pressure. Another noteworthy benefit is if your offensive line is having trouble handling the defense’s rush, calling a healthy dose of screens will help slow that initial rush down.

To run a successful screen play, there are several factors that need to align perfectly.  One factor is the timing. The second is the ability to sell the downfield pass. But the most important factor is getting your big hog mollies out in space and getting a body on a body.  How do you make your big men effective out in space?  The key is to teach your linemen to run to an area, not to a specific defender.  The main reason for this is that you never know where those defenders will be based on their reaction to the play.  On top of this, there is no debate when it comes to a defensive back being faster than an offensive lineman, it’s simply just a fact.  Offensive linemen downfield chasing a skill defender, unfortunately, doesn’t usually work out. See attached video for steps to perfecting your screen game.

Below I’ve attached a compilation of some successful screen passes from the NFL.  Upon watching this video, you’ll realize that these plays come in all sorts of different varieties.  What does this tell you?  When it comes to drawing up a new screen pass, the more creative you are, the better.  Do not be afraid to let your imagination roam free when drawing up these plays, or any play for that matter, as it only makes the job for the opposing defensive coordinator that much more difficult. https://www.youtube.com/watch?v=7rJPwewkUN4&ab_channel=SportingVideos2

When it comes to ingenuity and creativity in play calling/ play design, a few names come to mind.  Sean McVay of the Rams and Kyle Shanahan of the 49ers are two great examples of coaches that have brought both ingenuity and creativity to their respective offenses and have essentially dominated opposing defenses.  The two offenses involve a boat-load of motions and eye candy to serve as distractions for what are, at their cores, fairly simple plays. The bottom of the page will display two separate links to the ways in which the two respective coaches run their offenses.

A screen pass has many different benefits, like slowing the defensive rush down and keeping the defense honest and on their toes. Screens are most effective in obvious passing situations (3rd and long) when the d-line is pinning their ears back trying to get to the quarterback. You want to use their own aggressiveness against them. Reiterating from above, it is encouraged to be creative when drawing up these kinds of plays- the success of coaches McVay and Shanahan is undeniable and they serve as great models for one’s offense. Please take a couple of minutes and watch the video’s below and get those creative juices flowing!